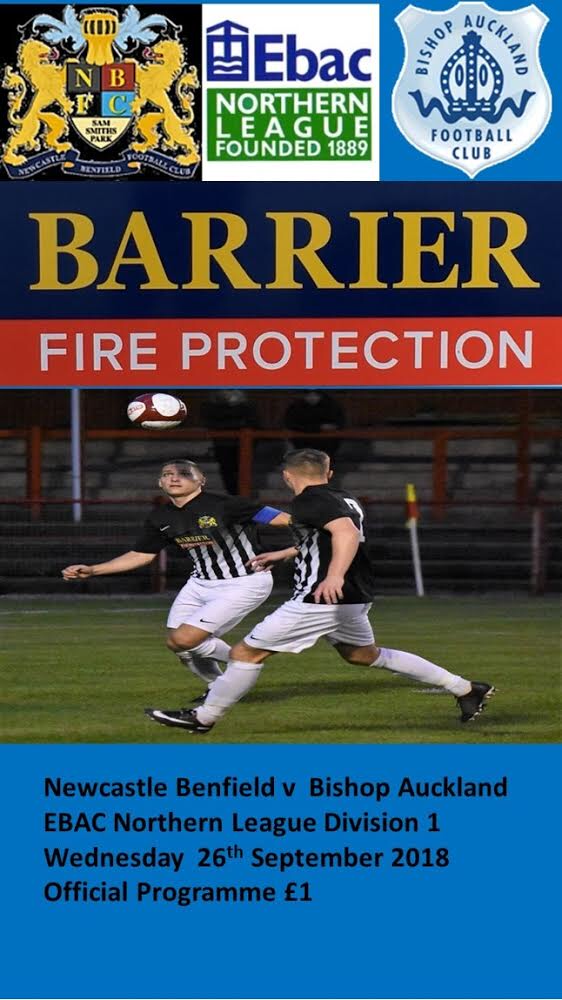 Last season, Newcastle Benfield put 12 goals past Bishop Auckland in the two league games between the sides. However, following the installation of former Whitley Bay manager Ian Chandler as manager of the Heritage Park outfit, there was little chance of such high-scoring encounters being repeated. Indeed, the game began with Bishops only needing a draw to find themselves at the top of the table and Benfield, without a home win all season, languishing in the bottom three. It may not have been pretty, and it certainly wasn’t comfortable, but The Lions finally collected maximum points on home soil and for the first time in a league game since the season’s opener at Sunderland RCA back on 4thAugust. That said, it wasn’t scrappy, lucky, a fluke or a travesty; Benfield deserved this win for the dogged and purposeful manner in which every single one of the 14 players on duty tonight put in a superb shift to ensure the lead was protected.

The opening exchanges could best be described as cagey, with the home side content to play possession football and attempt to draw the visitors out. It wasn’t until 18 minutes before the first real attempt on goal occurred, when Chris Winn rose well to meet a corner, but headed too high to trouble Andrew Grainger. For the home side, the two wingers Josh Scott and Dale Pearson showed urgency, endeavour and a willingness to run through a brick wall. Scott evaded several challenges before powering a shot into keeper Liversedge’s midriff on 25 minutes. Just before the half hour, Scott went on another marauding run and fired in another effort that was on target but deflected wide from a defender. The resulting corner brought the opening goal. When the ball was half cleared to the edge of the area, Richie Slaughter drove in a venomous effort through a forest of legs that Liversedge did remarkably well to parry, though his efforts were in vain as the ball fell kindly for Paul Brayson, who grabbed his first goal since turning 41 to give The Lions the lead, which they kept relatively comfortably until the break with little real action at either end in the remaining 15 minutes of the first period.

Soon after the resumption, Brayson almost double his tally and the home side’s advantage after Liversedge failed to cleanly collect a loose ball in the area. The veteran marksman evaded the scrabbling keeper but could only find the outside of the net.

Minutes later, Dennis Knight flashed a powerful drive just wide as Benfield sought to make the game safe. Out of nowhere, Bishops disabused them of the notion the game was already won, by equalising through Shaun Ryder. Andrew Johnson cut out an attempted clearance by Mark Turnbull and crossed for Ryder nod home, despite the despairing fingertips of Grainger. It may have been the Two Blues’ first serious effort on target, but it demonstrated their undoubted quality. However, Benfield have plenty of talent at their disposal and, having seen Scott and Pearson run themselves to a standstill just past the hour, manager Mark Convery called on fresh legs in the shape of Jake Orrell and Dean Holmes to regain the impetus.

Soon after being introduced, Orrell found himself unmarked at the back post, from which position he finished a Brayson cross with unerring pace and accuracy. This stunned Bishops and for the rest of the game, Benfield were totally on top. Only a blinding reaction save from Liversedge stopped Dennis Knight making it 3-1 in the 84thminute. Final substitution Scott McCarthy, on for Dennis Knight, had a header clawed away by Liversedge in stoppage time.

From there, play switched to the other end and Andrew Johnson found himself with a shooting chance at the edge of the box, but sent his effort tamely wide as the game drew to a highly satisfactory close for the appreciative home crowd.

Best wishes to Alex Nesbit on the birth of his Daughter and all the best to Mathew Grieve who has left Newcastle Benfield. 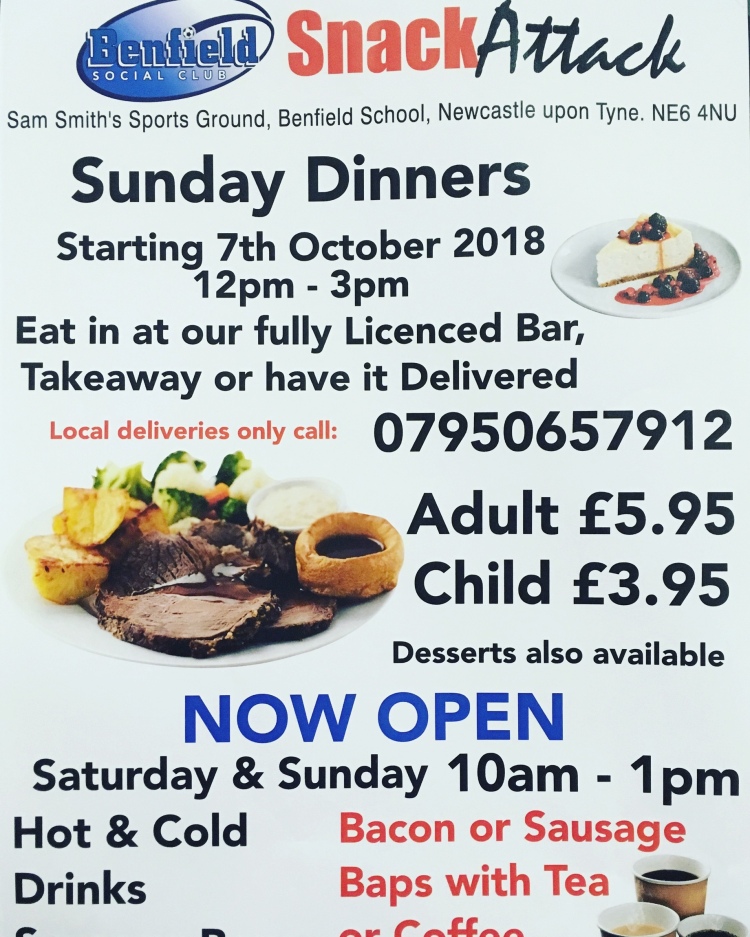