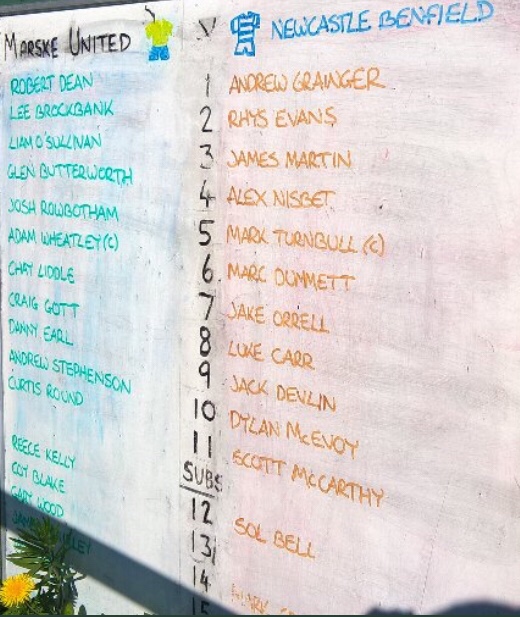 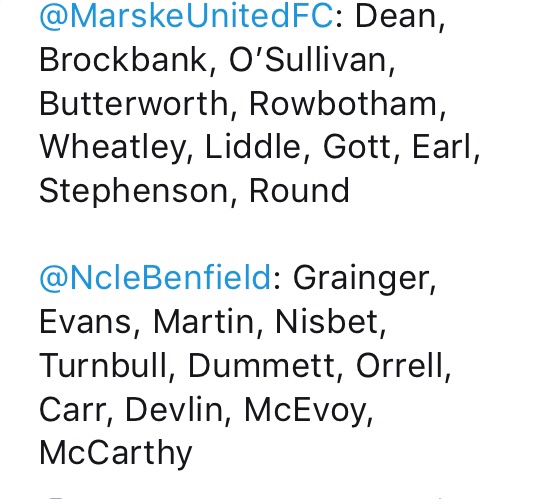 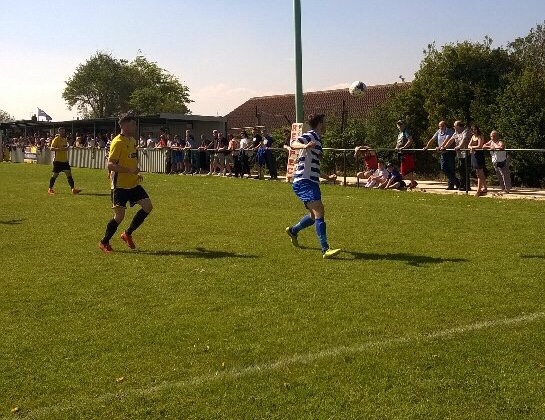 Having suffered the heartbreak of losing on penalties to Bishop Auckland on the Thursday previous, probably the last fixture The Lions would have chosen was Marske United’s coronation party. Having already secured a promotion spot, the Seasiders only required a point to be crowned Northern League champions for the second time in 3 years. As a result, a large, good natured crowd, including a sizeable number from Tyneside, gathered at the charmingly ramshackle Mount Pleasant ground, to be entertained in a competitive game that saw the depleted visitors give a good account of themselves.

The hosts started off on the front foot, with Curtis Round twice denied in the opening exchanges; firstly, his mazy run into the box was halted by a superbly timed Jake Orrell tackle and then Mark Turnbull was there at the right time, to hoof an effort away from the goal. With only 13 available players, including a bench of manager Mark Convery and youngster Sol Bell, Benfield were never going to take the game to the visitors. That said, Jack Devlin worked hard as the sole frontman in a cautious 4-5-1 formation. On the half hour, he accepted a Jake Orrell pass and sent a speculative lob a yard wide from 35 yards. Just before the interval Rhys Evans, who had another storming game in a storming season, broke into the box, but the home defence crowded him out and the chance was gone.

After the interval, the heat and the effects of a long season caught up with both sides and despite Marske’s attempts to step things up to win the title with a flourish, a goal would not come. Andy Grainger saved a Gott backheel on the line on 55 minutes and soon after Turnbull’s vital touch deflected a Round shot onto the inside of the post and out, where it fell to Danny Earl. However, the bounce was unkind for the Marske hitman and he could not divert the waist high ball on target. At the other end Scott McCarthy twice narrowly missed out on converting Orrell crosses; firstly, nodding wide from a tight angle and then failing to execute a Ronaldo style bicycle kick. Finally, Jack Devlin’s late shot was deflected wide before Marske decided on discretion rather than valour, playing keep ball in the corners until referee Shane Sugden, who produced an immaculate display of firm but sensible officiating, brought the game to a close after 95 long minutes.

The final whistle was the cue for a mass pitch invasion, with the home players swamped under delirious supporters. We congratulate Marske and wish them all the best for the future and appreciate the kind words and positive comments on a glorious sunny day at the seaside.

Man of the Match: