On the night that Stoke City’s Premier League relegation was effectively sealed by a last minute goal, scored by a player once nicknamed Dunston Ferguson who had entered the fray from the bench, a former Potter came on as substitute and did for Dunston UTS with a finish 2 minutes into stoppage time. With the clock running down, Benfield cleared the ball from their area more in hope in desperation, but things began to look up when Joe Hailes 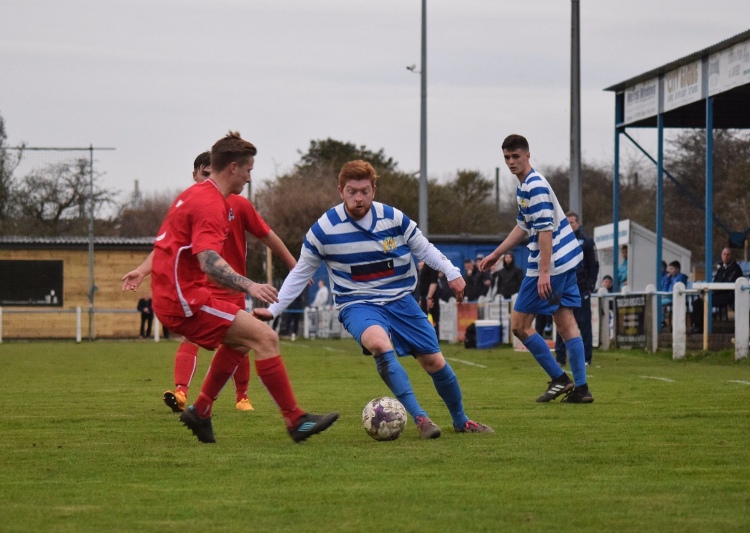 tigerishly won a header against a visiting defender almost a foot taller than him. The ball broke to Josh Scott

who rampaged through the Dunston midfield in that trademark barnstorming style of his, before laying the ball off to Jack Devlin,

who calmly drew Niall Harrison into committing himself, before slipping the ball home to ensure a 2-1 victory that banished all memories of the hideous capitulation against Jarrow Roofing only two days previously, and completed the league double over the side from across the river.

Rewinding to the start of the evening; two remarkable facts stood out. Firstly, the incredible work on the pitch that Stan Thompson had performed.

From looking like a ploughed field at the end of Saturday’s game, it was now immaculate and well grassed. Deep gratitude must go to Stan as his tireless efforts produce the kind of surface that allows Benfield to play our natural passing game.

Secondly, the evening was somewhere between warm and clement; surely the first game for a good 6 months where thermal hat and gloves were deemed unnecessary? 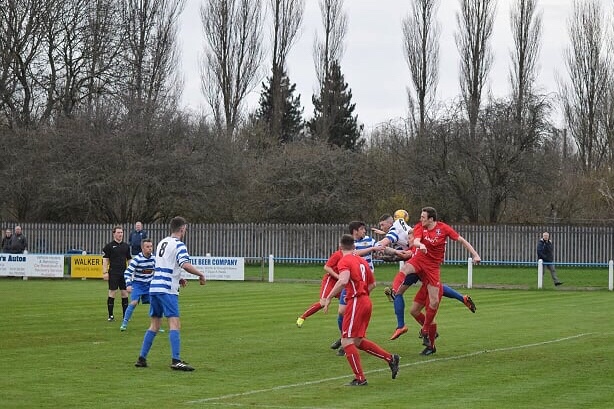 In the first period, Benfield played a considerably better organised and constructive game than on Saturday, but without unduly troubling Harrison in the Dunston goal. 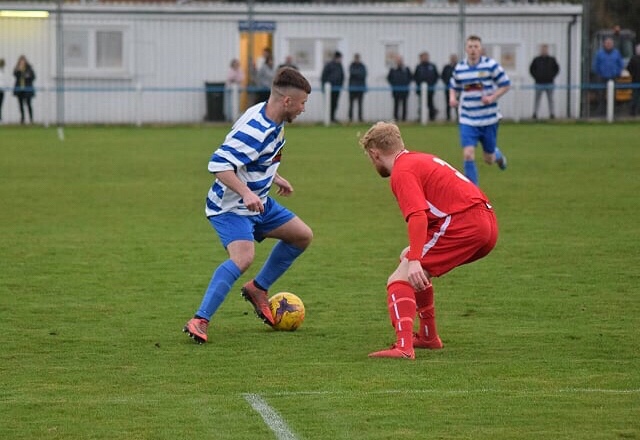 The visitors played an all action, pressing game that did not allow Benfield time to settle on the ball, to the extent that both sides cancelled each other out in an absorbing game that reached the break at 0-0.

The second half was barely a minute old when Luke Carr

hit the visitors’ bar with a cross, following the half clearance of a corner. It seemed to be the only time Benfield were out of our own box in the opening 10 minutes when, almost inevitably, that man PAUL BRAYSON

put The Lions ahead. A lengthy fly kick by Andy Grainger fell perfectly for Brassy to hit a venomous half-volley that Harrison could only parry. The falling Brayson showed immense agility to swivel and lash the ball home when totally off balance. The lead was a short lived one, but could have been even shorter if Grainger 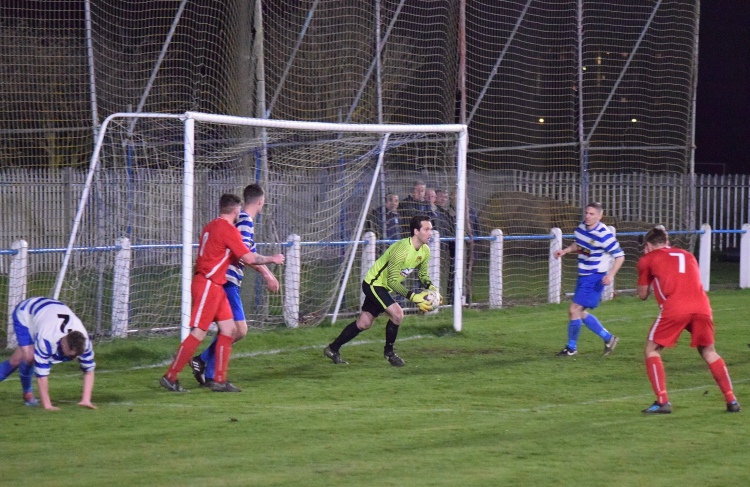 had not acrobatically turned a Mark Fitzpatrick header onto the bar. On 63 minutes, a scramble in the box saw Fitzpatrick poke home the loose ball.

From that point on, both sides looked for a winner; Dunston pressed and harried, while Benfield

relied on pace and accuracy when breaking quickly. It seemed a draw was inevitable when Brayson thundered a free kick into the midriff of Harrison as the 90 minutes were up, only for Devlin’s cool finish to win the contest for Benfield.

Man of the Match: Elliott Forbes