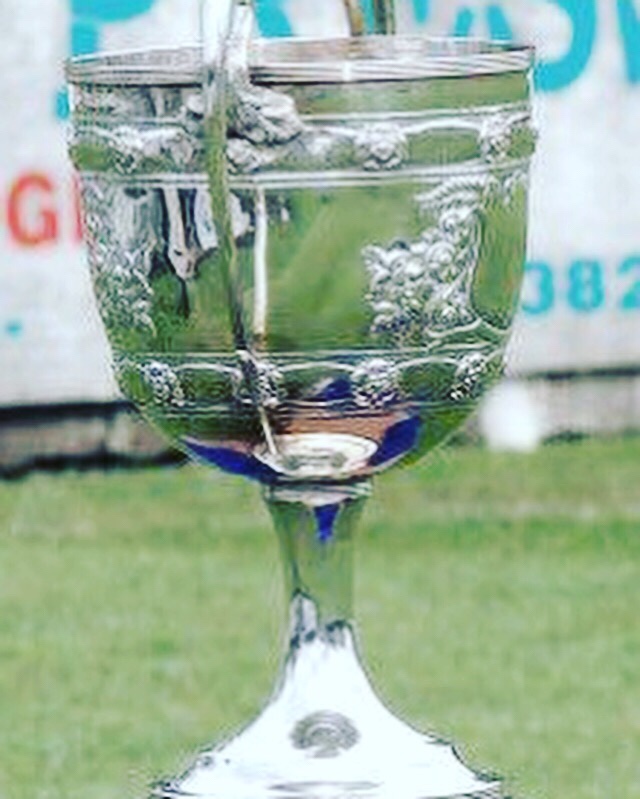 Newcastle Benfield deservedly advanced to the semi-finals of the Brookes Mileson League Cup, overcoming the best efforts of a determined Ryhope CW side whose stonewalling defensive tactics in the second period almost paid dividends. The previous, and only, time Ryhope visited Sam Smith’s Park was in October 2016, when they suffered the abject humiliation of an 11-1 thrashing by a rampant Lions. However, they have subsequently exacted a measure of revenge by winning both games against Benfield at their Welfare Park ground since then. Most recently, this saw Ryhope enjoy a 2-1 victory with a last gasp winner on a cold Tuesday night; thus was the blueprint for this game.

From the very outset, the Wearsiders seemed determined not to suffer the kind of mauling they had done at Sam Smith’s in the past and attempted to bring the game to Benfield. In terms of possession they were indeed successful, but real chances were very much at a premium as the Lions enacted a solid defensive line, keeping Ryhope at arms’ length. Indeed, so effective was this tactic that when the first chances came, it was the home side who were squandering them as first Joe Hailes and then Paul Brayson placed presentable opportunities wide.

This was nothing compared to the desperate skirmish that saw Elliott Forbes unable to force the ball over the line, as Ryhope defenders took turns to throw their bodies at the ball. It was therefore something of a shock when Joe Melvin put Ryhope ahead, profiting from a ricochet in the Benfield box with 5 minutes until half time. So profound was the surprise that it was almost 2-0 seconds later when Ben Riding climbed highest from a corner, though luckily Joe Hailes was on hand to volley the ball clear.

After the break, a determined home side pushed Ryhope back into their 18-yard box for the entirety of the second period, other than rare breaks which invariably ended in harmless, inaccurate long-range efforts that failed to trouble Andrew Grainger in the home goal. 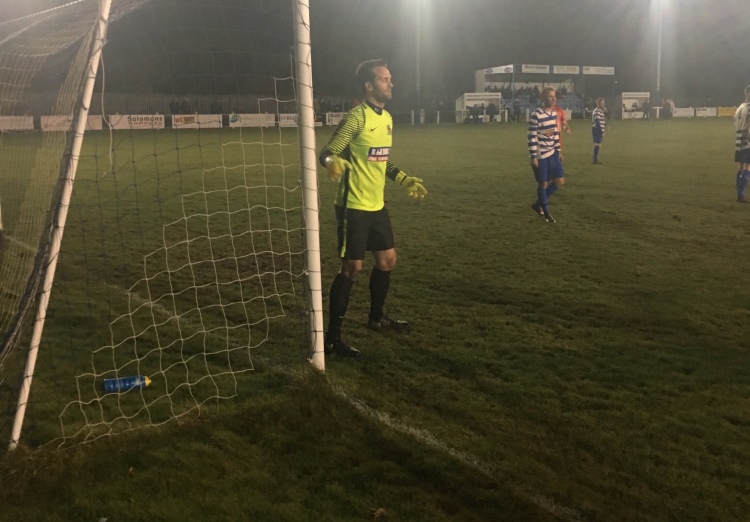 At the other end, the endless pressure was not being translated into actual efforts on target, much less goals. The situation changed on the hour with the arrival from the bench of the exciting and dangerous Jack Devlin.

With just over 20 minutes remaining, he brought the scores level with a sublime, controlled sidefoot into the bottom corner following a Brayson lay off.

Benfield’s pressure then became incessant, as only desperate and borderline legal challenges, deemed not to be fouls and lengthy delays in restarting the game, deemed not to be deliberate time wasting, kept Ryhope on level terms. Of course, there was time for a winner. Devlin’s strength and persistence allowed him to locate the unmarked Brayson, lurking at the back post.

The experienced hit man volleyed unerringly past a static Jonathan Ball, who appealed vainly for a non-existent offside. He knew, as did every other person in the ground, the goal was as good as it was decisive.

Absolutely delighted to win a really tough game that we weren’t at our best but some big personalities and performances just edged it for us. Big push in the final part of the season

Pleased to get the win and into The semi final nowhere near our best but lads dug in and showed great character to get the win! You have got to love cup football ⚽️

Looking forward to a big test of our unbeaten run at North Shields who have a new manager I know very well who will have them well drilled to go along with the quality they undoubtedly have!!