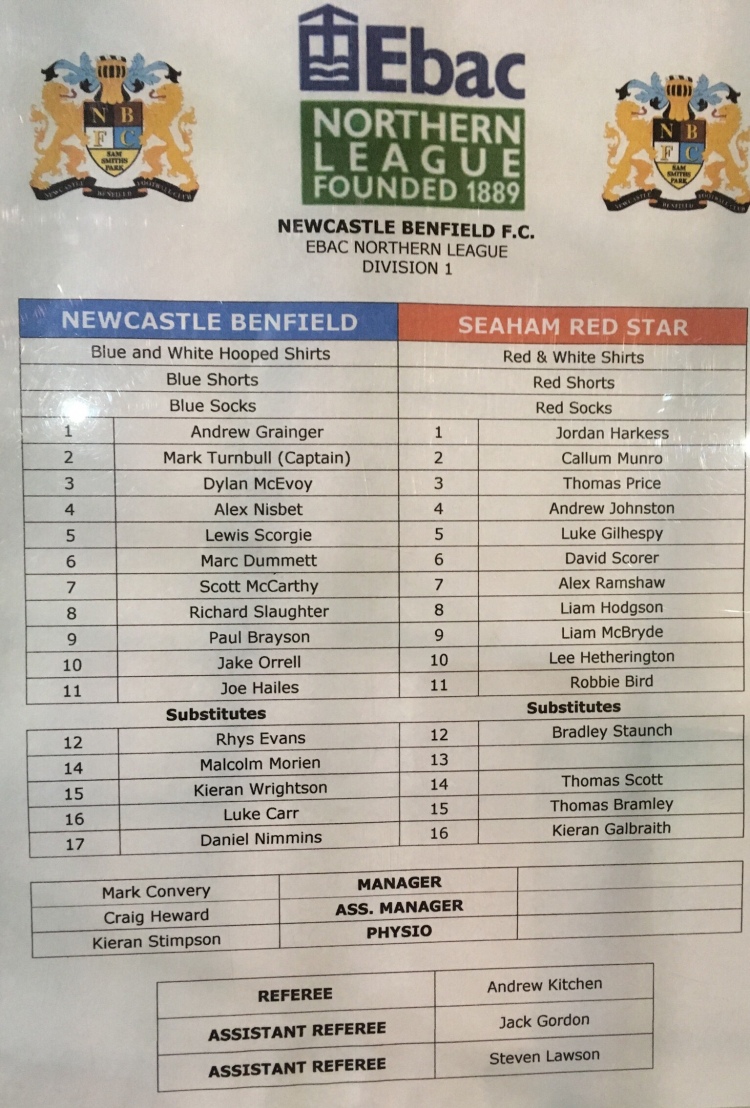 With the state of the weather in recent weeks, it is easy to lose track of exactly where we’re at in the season. The facts were that, on the last day of January, Benfield still had 21 league games, in other words half of the season, left to play. The last time the Lions had played was the 3-2 win away at Consett in the League Cup on January 16th. The last home game was the Coleshill FA Vase game on January 6th and the last league game had been the home loss to Team Northumbria on Boxing Day. Having played so many cup ties, this was Benfield’s 37th fixture of the season, which meant we had fallen far behind the rest of the division in terms of completed games. Strangely enough, our league position of 14th had remained unchanged, presumably on the basis those around us who had been in action had failed to collect maximum points. That said, we needed a win to reanimate the domestic season and, courtesy of a scorching first half showing, that is exactly what we got.

In the absence of the injured James Novak, Dylan McEvoy slotted in at left back. While this deprived the team of his sparkling creative vision, it was a decision borne out of necessity. Additionally, Lacquan Esdaille was unavailable because of a family emergency, regarding which the entire club sends its best wishes, with Marc Dummet moving to the centre of the back four, where his calm temperament and assured performance resulted in another fine game from the composed and cultured defender. Jake Orrell and Joe Hailes got the nod to play off Paul Brayson up front, while new signing, the powerful and imposing target man Malky Morien, was on the bench.

On a petrifyingly cold evening, with a crowd decimated by the supposed alternative attraction of the best league in the world, in the shape of Benitez’s bumblers failing to win at home for the 8th successive game, the first half saw Benfield overrun the visitors from Wearside. While Seaham are a fluid, expansive side who can always be relied upon to play good football, without recourse to either the brainless thump up the park or strongarm, rough house tactics, they had no answer to the trickery, pace and intricate passing movements of the home side.

Visiting keeper Jordan Harkess had been called into action early on, to tip over a stinging Richie Slaughter thunderbolt. Nothing came from that corner, but with 20 minutes on the clock Benfield took the lead. Brayson’s flag kick bobbed around the box, before being half cleared to Alex Nisbet 10 yards from goal. He took the ball on his right knee, flipped it on to his left foot and buried an unstoppable low shot into the corner. It was exactly what the home team deserved. 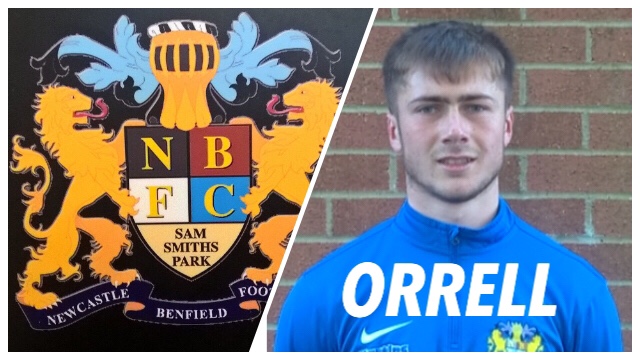 Five minutes later it was 2-0; young forward Jake Orrell has been enduring a lean period in front of goal in the league of late, but he twice profited from the astute passing of his wise old strike partner Paul Brayson. Firstly, an unexpected 90 degree turn utterly wrongfooted the Seaham defence and Orrell’s run onto the slide-rule through ball in the area was timed to perfection, allowing him to clip it past the advancing Harkess. Brayson’s second assist saw him thread a ball through a pack of defenders and into the path of the unmarked Orrell, whose first time shot arrowed past Harkess and into the roof of the net. It would have been even worse for Seaham if Harkess had not sprawled to save at full stretch on the stroke of half time, denying Orrell his hat trick.

The second period was a more sedate affair. Despite Seaham showing some attacking intent immediately after the break, the Benfield defence kept them at arm’s length and Andrew Grainger was untroubled all evening. Late on, debutant Malky Morien came on and displayed some excellent touches, hinting at a promising new dimension to Benfield’s attack in the future. All in all, a solid, fully-merited home win that was worth braving the cold for.