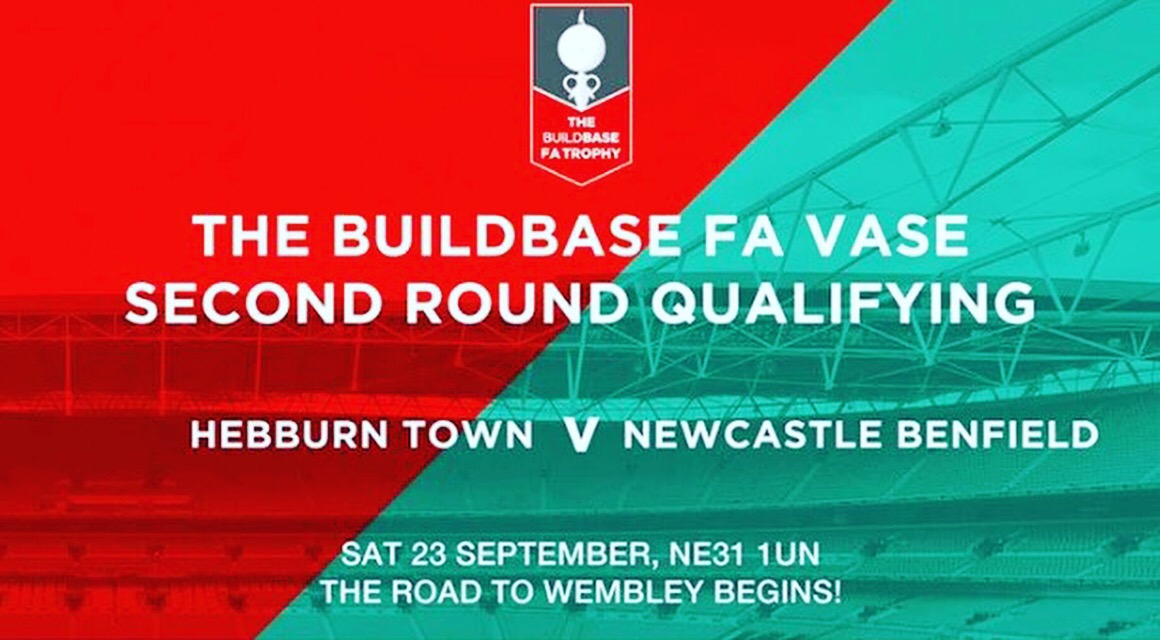 With a tangible feelgood factor surrounding the club on account of the recent FA Cup successes, one of the largest away followings for Benfield in recent years made the short trip to Hebburn Town for this FA Vase tie. The Hornets are themselves having a pronounced renaissance; in a promotion place, with a striking and packed new clubhouse full of thirsty punters and a good turnout of their own, this was a resurgent club who are on their way back up.

Indeed, on the pitch, after trouncing Stokesley away to reach this stage, the home side, boasting 4 ex-Benfield players in their squad, with two in the starting eleven in the shape of Channon North and Meechack Kanda, but still without Jonny Wightman, who has just finished another extraordinarily successful season opening the bowling for South Northumberland in the North East Premier League, will be slightly disappointed to lose a tie in which they enjoyed a measure of control for considerable periods.

Initially, Benfield were quickest out the blocks. Lewis Scorgie placed a free header from a corner over the bar, while Paul Brayson firstly shot directly at Hebburn keeper Steven Hubery when well placed and then was inches away from turning in a brilliant cross from James Novak, playing today in an unfamiliar left wing position.

However, the veteran marksman was to open the scoring when Hebburn conceded a penalty for a needless barge on Joe Hailes at the corner of the area. Up stepped Brayson to send the keeper the wrong way; 1-0.

This was not the prelude to a routine away win, as a determined Hebburn roared back into it, with Glen Hargrave nodding home an equaliser after 16 minutes. It came from a corner conceded in farcical circumstances when Andrew Grainger produced an air shot when trying to clear a back pass.

limped off after 25 minutes to be replaced by Lacquan Esdaille, which resulted in a flurry of half chances for the home side as the visitors struggled to settle following this enforced reorganisation. Firstly Jack Donaghy headed a corner wastefully over, before Meechack Kanda,

who was Hebburn’s best player on the day, smashed one against the underside of the bar from fully 40 yards. This was the last real attack of a half that ended 1-1.

In the second period, chances were at a premium, though Hebburn’s height and power was always a threat at set pieces, especially when veteran Paul Chow entered the fray, almost profiting from Andrew Grainger standing on the ball, though it ricocheted into the grateful keeper’s arms. Soon after a bullet header from Chow was held superbly by Grainger from point blank range, but by then Benfield were again ahead. The Lions had brought on Dan Taylor and the powerful striker was the difference between the sides.

He won a header in the box,

flicked on by Esdaille

to an unmarked Brayson who rifled home from a tight angle to put Benfield 2-1 ahead.

After the Chow header, a third killer goal from Taylor, who bravely turned in a Brayson corner from close to the line, ended the tie as a contest. 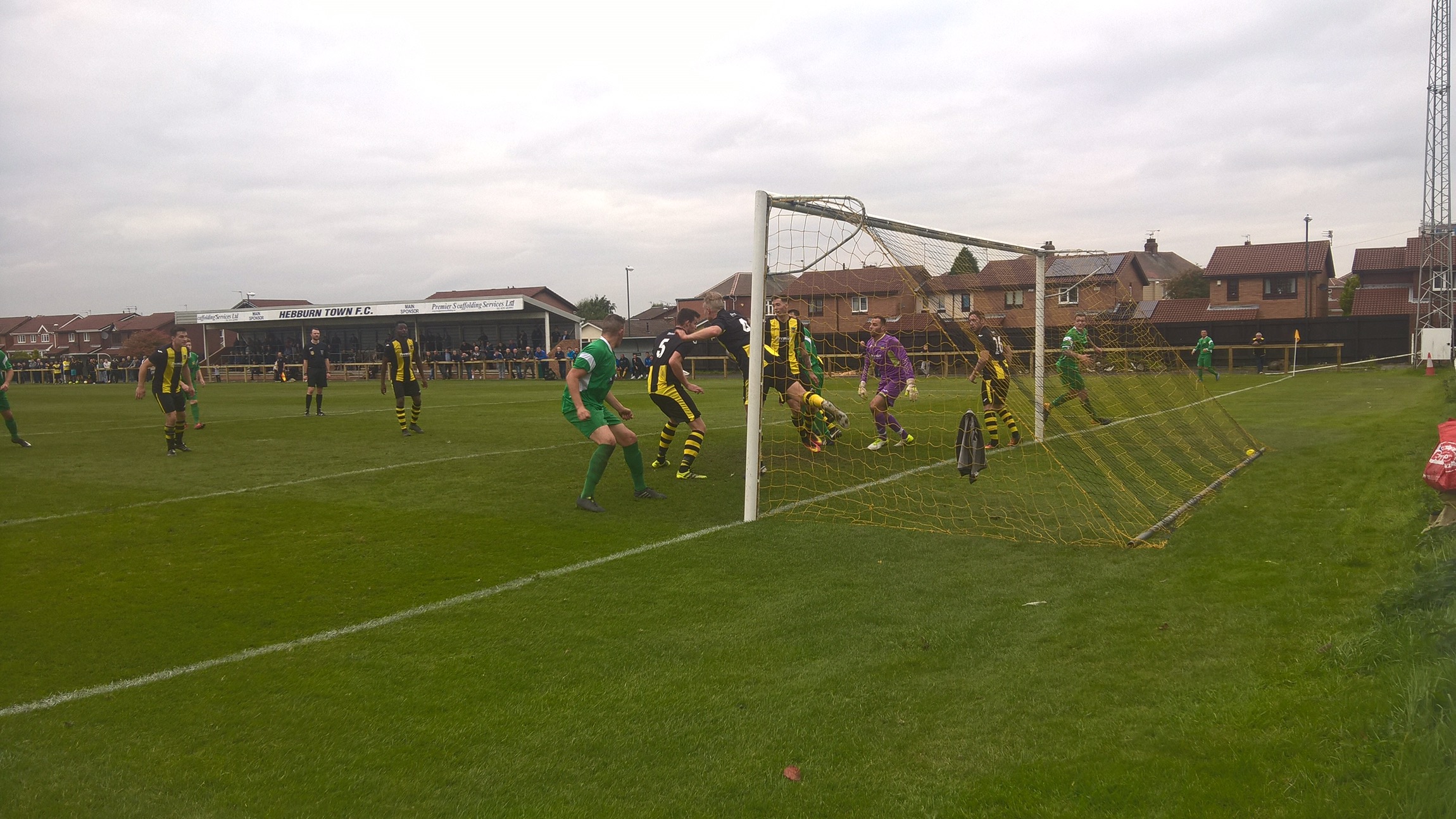 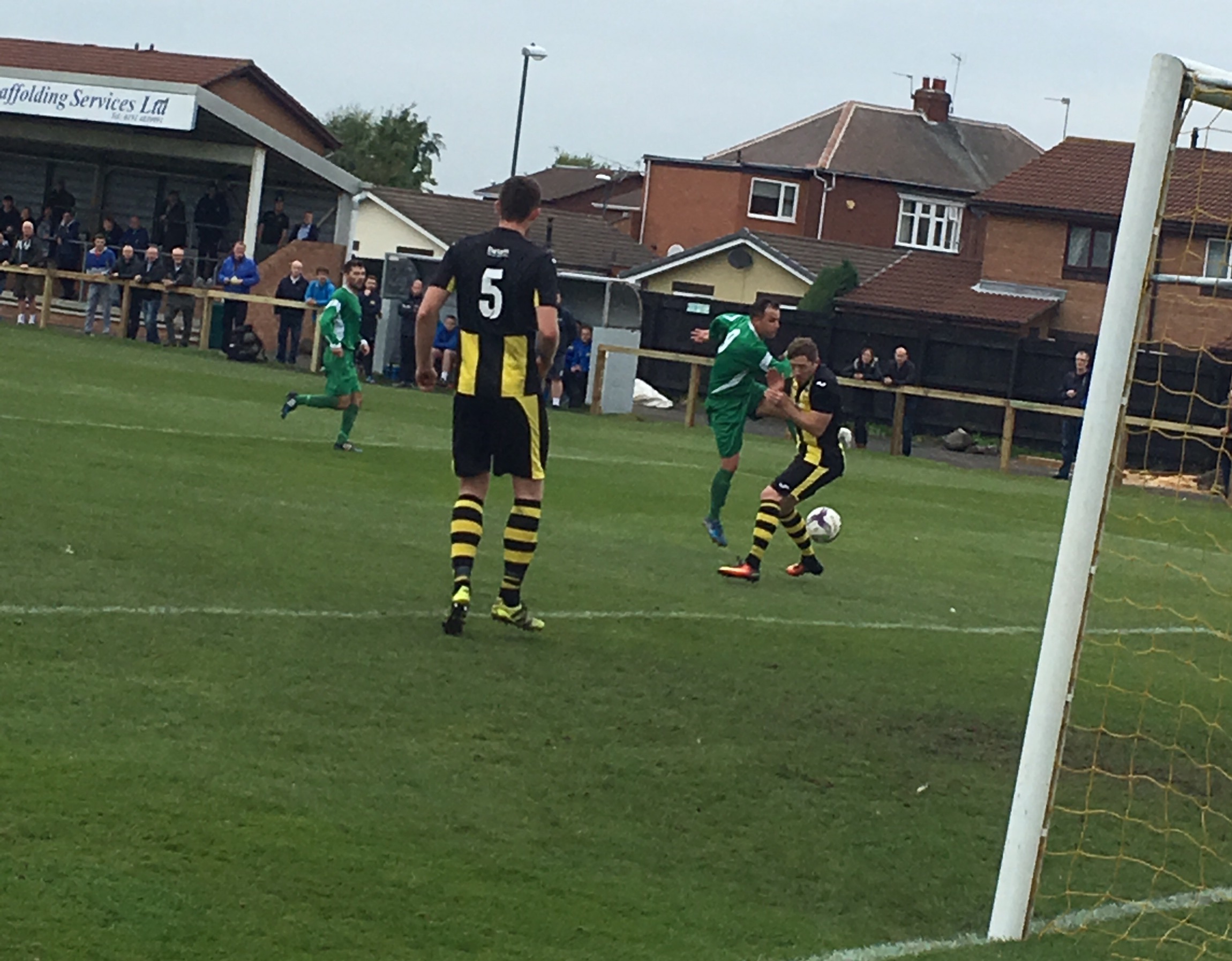 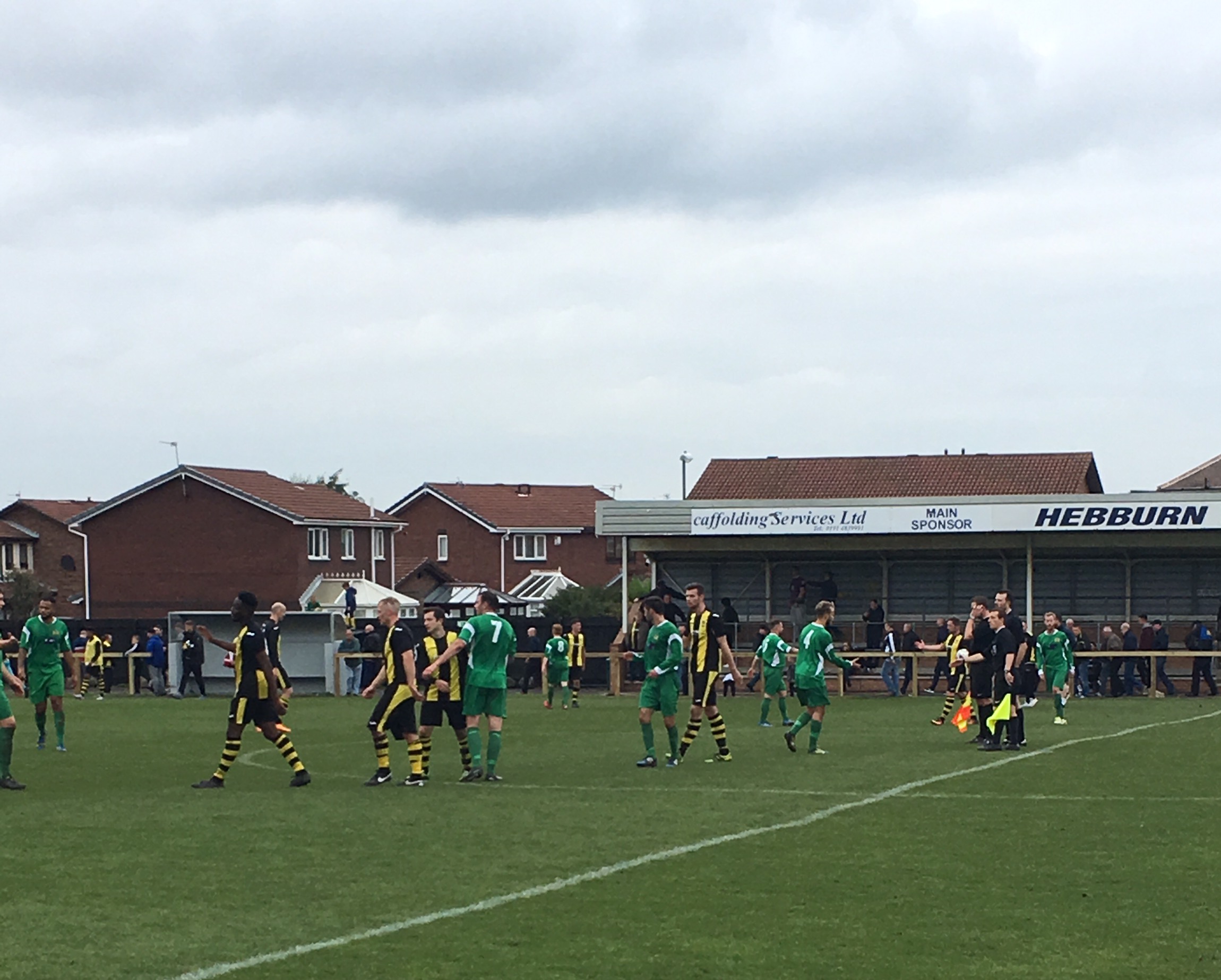 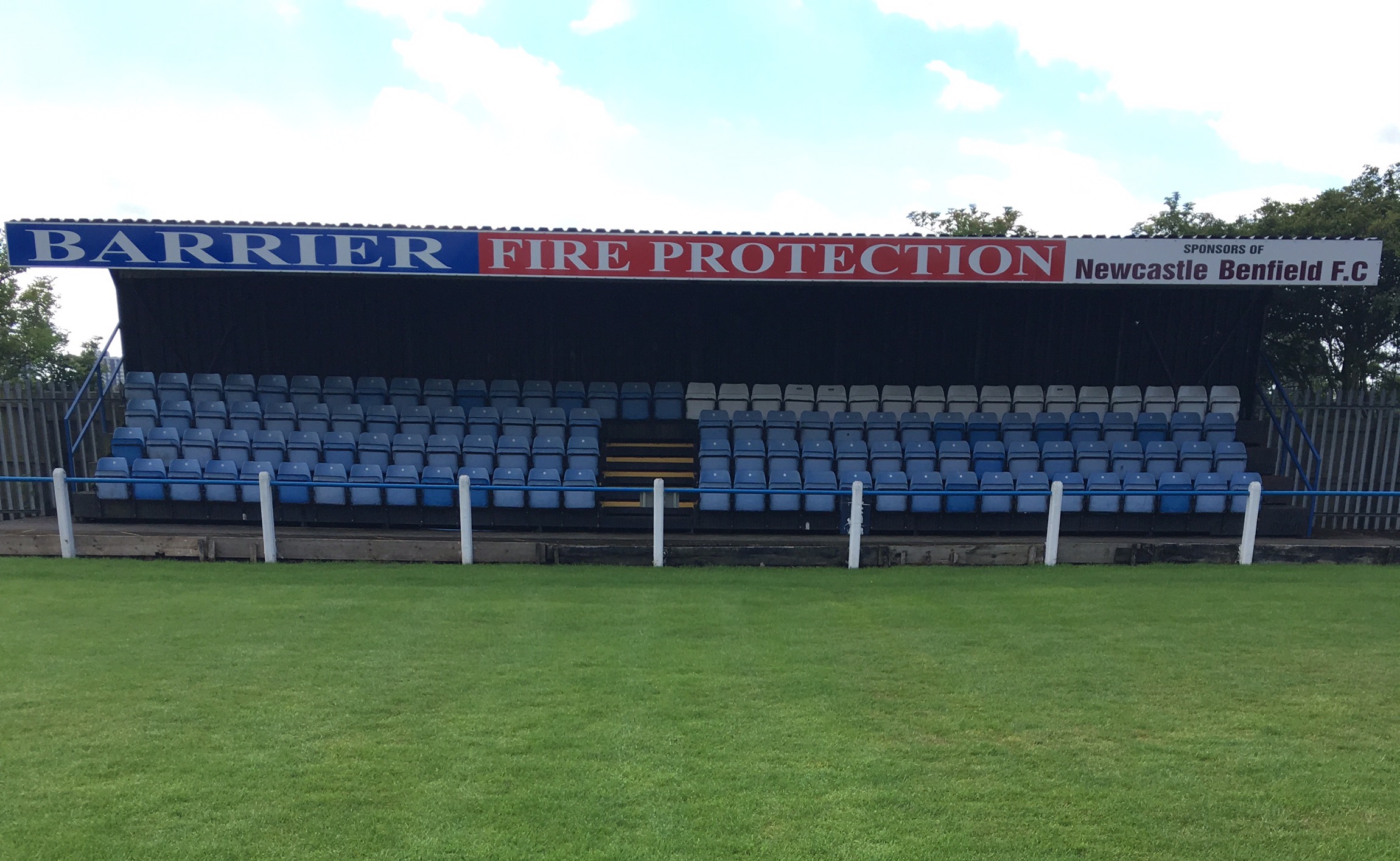 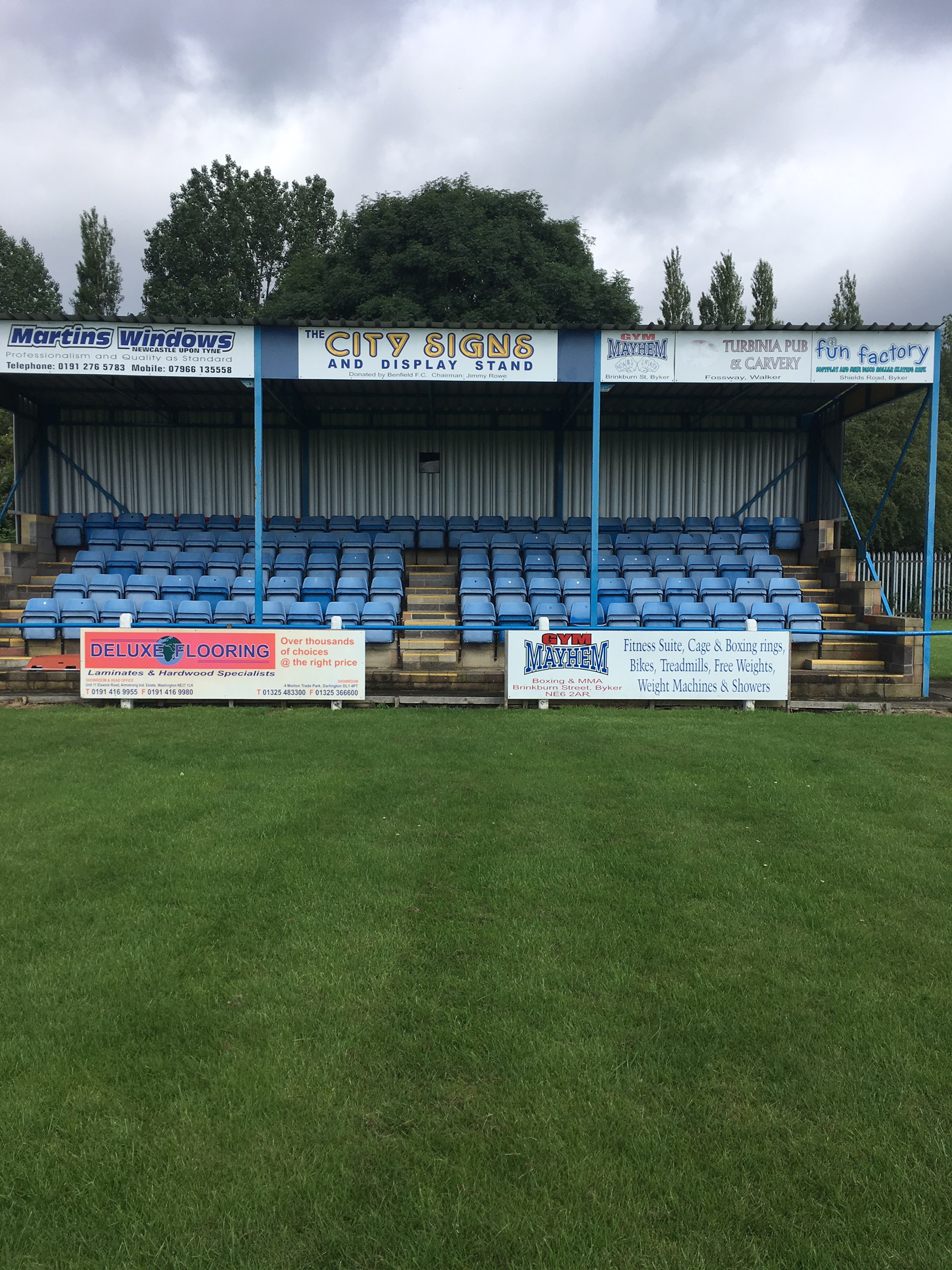 to play Newcastle Benfield from 3 divisions below in the

We need your support 👍⚽️🏆 Photos and website co ordination 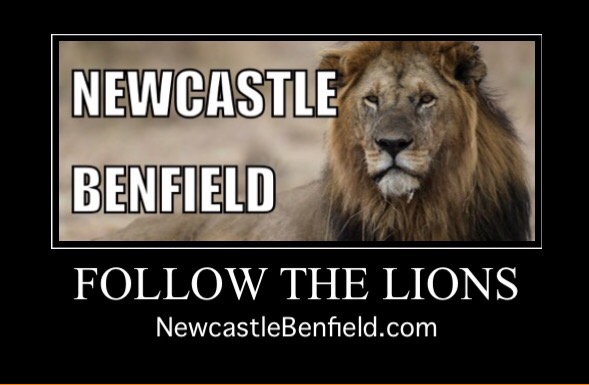